THINGS TO DO IN YOUR NEW BUILD IN THE FIRST YEAR 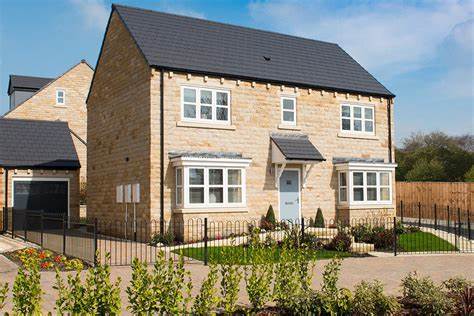 Congratulations, you have moved into your shiny new home!

Moving house is often a stressful but an exciting time and moving into a new build is no exception. However, the real work of moving house often comes in the days, weeks & months after moving in. New builds offer a different set of challenges than older houses in the post-move stage, that a lot of new buyers often get stuck with.

So here are a few of the top things to do in the first year of new build living:

A key difference between old and new build houses is that with a new build, there is always a snagging process to go through post-move in. There will inevitably be some issues with your new house after you move in; it’s common that something as intricate as a new house will never be perfect from the start.

Make sure you check absolutely everything in the house and look for any gaps around windows and tiling in the bathroom. Don’t forget the loft too, where you should be able to see all of the insulation.

There are two ways in which you can approach snagging:

You normally have 2 years in the warranty to present any snags you have to your builder so do this sooner rather than later and definitely try to get them done while your builder is still on site. Also try not to just present your snagging list to any builder with a hard hat on – find the correct contact first.

Many new build buyers often worry that their house will fall apart or that things will break easily; after all, there are a lot of horror stories about new builds going wrong.

In reality, the vast majority of new build houses won’t have any big issues.

However, be aware that because your house is brand new it will have to settle in first. So try and hold off painting the walls and adding new decorations to the house for the first year. Heat also contributes to sinkage, so don’t go blasting the heat too often in the first few months as this could lead to problems.

You may notice extra condensation appearing for the first few months. This is completely normal as the house will be drying. It’s best practice to make sure you keep some windows, vents and doors open as often as you can.

Efflorescence can also appear on new build houses – this is a salty substance that appears  on brickwork. Not to worry though, it’s  completely normal and can be brushed/wiped  off the brickwork.

New build gardens are often a blank canvas where you will get a lawn and a patio.

In the first year, you will probably want to add your own stamp and personality into your garden.

Do make sure you add any issues with the garden to the snagging list before you start to customise it. One of the common issues can be sinkage which will need to be resolved asap. Lift any turf and check for soil rather than rubble and keep an eye out for any pooling water as this can be a sign of sinkage.

Buying a new build will often be the perfect opportunity to purchase new furniture and start to really personalise your new home.

A top tip is to make sure you properly measure up before you actually move in – there is nothing worse than buying a new piece of furniture and then realising it doesn’t actually fit in the house. When you first move in, make sure you turn any appliances on and check that they work correctly.

Some house builders will also offer incentives such as free carpets, curtains and appliances, so make sure you ask your builder about these before you move in.

If there is one thing that’s guaranteed, it’s that your new neighbours will be going through the exact same process as you.

Get to know your neighbours as, being in the same boat, they may be able to offer you advice and help when you need it. Remember if you encounter a problem it’s likely that one of your neighbours will have encountered the same problem and may know the answer.

This is a common pitfall for a lot of new build buyers – ordering your bins.

Unfortunately, the responsibility for this doesn’t lie with your builder; it lies with you, the buyer.

Contact your local council as soon as you can and arrange to have wheelie bins delivered to your new home. You may also want to ask about collection days too.

It’s a pretty obvious one but so many new build buyers forget to check utilities when they move in.

First of all, check your meters are working and have the right serial numbers attributed to them.

There are stories out there of people accidentally paying for their neighbours’ usage because they didn’t check the serial numbers properly.

Don’t forget to also locate the water stopcock so you know where it is in case of emergencies.

It’s likely to be the last thing on your mind after you have moved in but mail and postcodes are often a problem when you move into a new build, especially if you are one of the first buyers on a new site.

For one, your new address has only just been created and it’s up to your builder to liaise with the council to get this sorted. The Royal Mail will then need to be informed of your new postcode for it to go live.

There are all sorts of problems that can arise from not having a live postcode, for example, trying to get insurance or getting things delivered.

For the first few weeks, you may have to be prepared to give out a nearby postcode and direct delivery drivers to your new house.